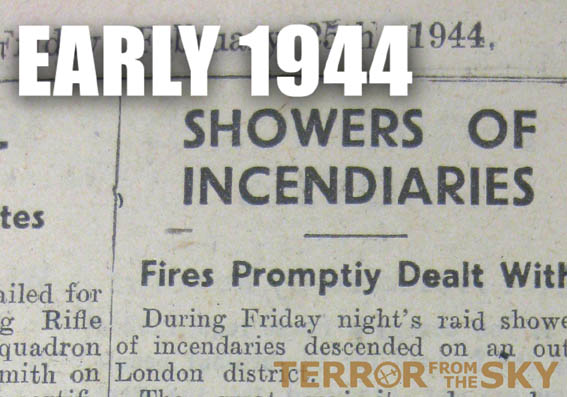 Whilst military and industrial targets were always a priority the Second World War also saw the wide scale bombing of cities and civilian populations. Bombing civilians was viewed as a psychological weapon intended to break the moral of the enemy.

Germany used this approach in the ‘Blitz’ against Britain in 1940/1941 and as the war continued the Allied bombing campaign against Germany also commenced targeting civilian areas. Both sides carried out attacks which had horrific effects but neither side succeeded in changing the larger outcome of the war in Europe through this method of attack.

By 1944 the tide of the war had turned. While still by no means certain the Allies were now largely on the offensive, particularly in Europe where Germany was preparing for an inevitable allied invasion.

Keen to retaliate against England for RAF bombing attacks on German cities Hitler ordered a new air offensive called ‘Operation Steinbock’ (Operation Capricorn). The campaign was a series of night time bomber raids largely carried out over Greater London. Beginning in January the campaign finished by May 1944. The episode became known in Britain as the ‘Baby Blitz’. 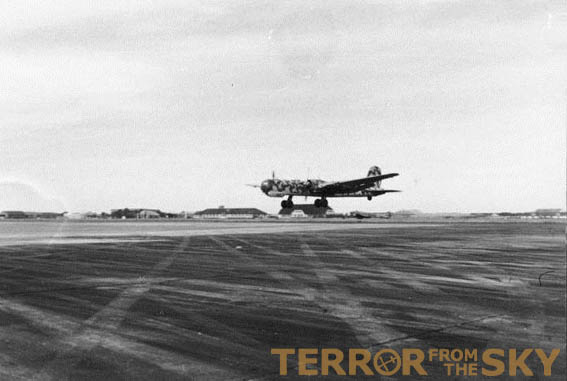 With aircraft types including Junkers Ju88, Ju188, Dornier Do217 and a limited number of Heinkel He177 the bombers carried a mix of incendiary and high explosive bombs. Enfield suffered some spectacular incendiary raids but luckily without many casualties until the last local attack on 19th April. Up to that point only a score or so of people in Enfield had been killed by the bombings but on that night high explosive bombs crashed down on North Middlesex Hospital, killing 19 people and injuring over 80. 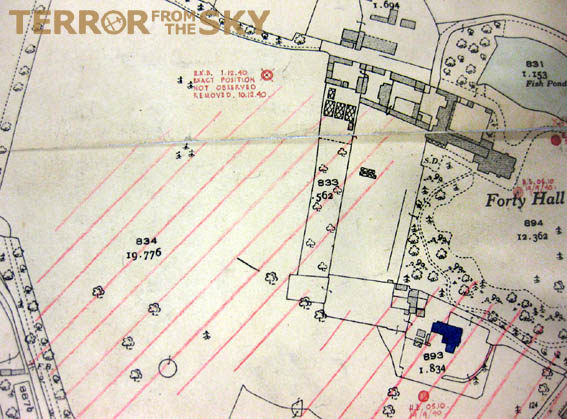 Bomb map of Forty Hall and Forty Hall Farm showing HE bombs as well as the incendiary attack in February 1944 (red striped area).

Operation Steinbock achieved very little and within weeks of it ending the Allies launched D-Day and the invasion of Europe. Even so Hitler was determined to fight to the bitter end and he now commenced the long awaited use of new secret weapons – the V1 Flying Bomb and the V2 Ballistic Missile. Launched from sites in still occupied Europe these revenge weapons were a last attempt to destroy the morale of the British people and force the Allies to sue for peace.