The Enfield’s ‘Terror from the Sky’ initiative

has carried out a number of events related to the project.

The first of these was a celebration and public launch of the new Enfield Bomb Map. This took place alongside a unique ‘Fire Sculpture’ delivered by artist Joe Robinson at Forty Hall Farm in Enfield.The event and Fire Sculpture took place on the 70th anniversary of the incendiary attack on the site – part of Operation Steinbock – which preceeded the V weapon attacks in early 1944. The sites attacked in early 1944 can be seen on the Enfield Bomb Map.

Over 150 people attended the day –  including people who remembered the bombings when they were children and one visitor who brought along a diffused bomb to see. The feedback of the day was excellent. Our thanks to staff at Forty Hall Farm (Capel Manor) and to John Clark from Enfield Local Studies Library and Archives for helping with the event. 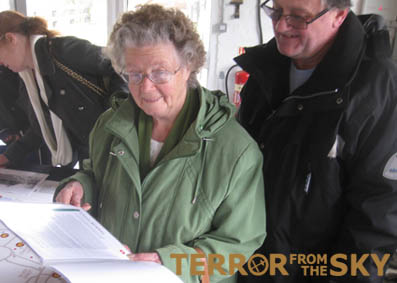 One visitor shared memories of having been at Chesterfield Road School (aged 10) when the V1 bomb hit. 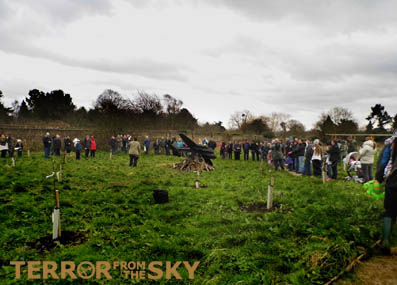 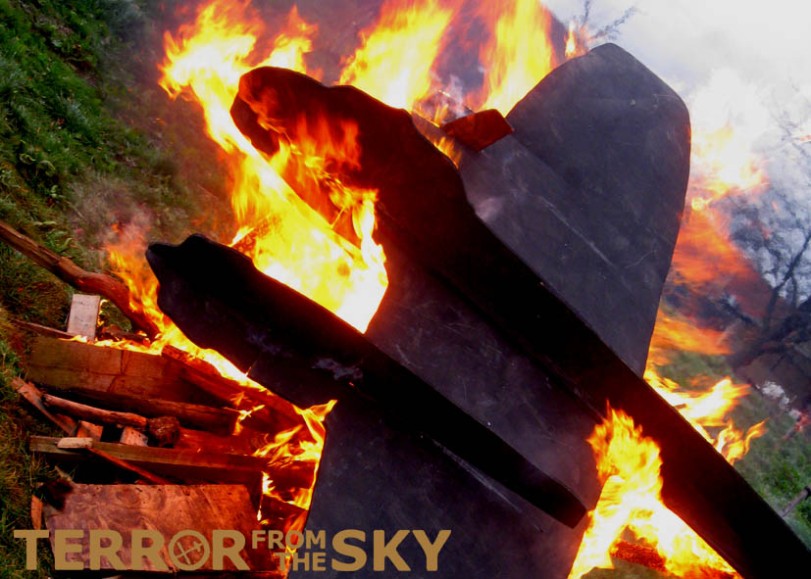 The fire sculpture – a giant model of a Ju88 – commemorates the night the same plane dropped incendiaries on the site.